The Free Conversations movement started back in 2017 by the hand of Adrià Ballester. It was a Thursday in early summer when Adrià, after a bad day at work, decided to go for a walk in the
beautiful city of Barcelona. After walking for hours he made the top of the mountain to see the Barcelona skyline.

It was cold and foggy as it was late at night, then he saw an elderly man, he was around 80 years old who was also enjoying the skyline.

Some minutes later Adrià and Ramón started talking for something like 30 minutes, then Ramón said “When you will be 80 years old all those problems that seem so big will look so small” and left.

At that moment, Adrià realized how right Ramón was. 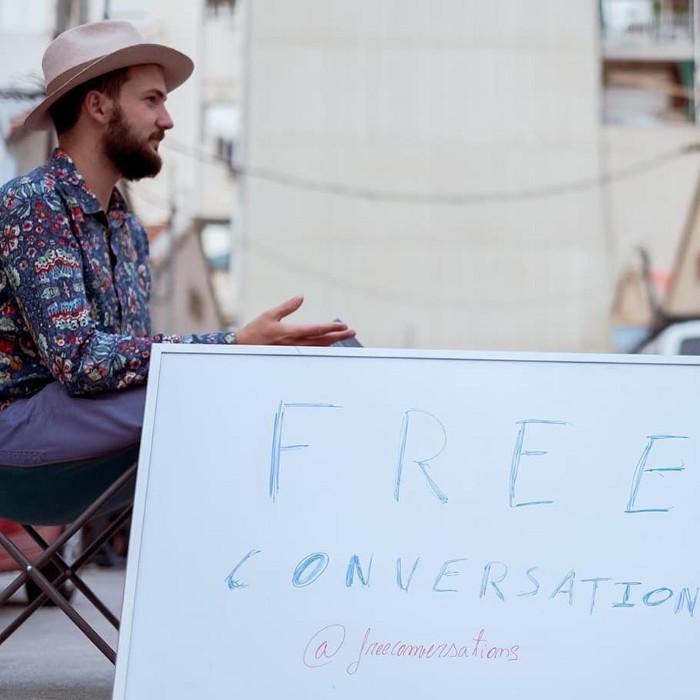 Since then, Adrià started to be aware of how important is to talk with people with a different point of view than us. and decided to offer free conversations once a week in the city center.
The goal was to enable a site in the city of Barcelona where people can come to talk whenever they need or want, in addition, he also wanted to put available to the public a place where they can freely express themselves without fear of being tried or judged.

After three years, Adrià has had more than 1400 conversations with people who have very different points of view. Adrià has lived moments of sadness, joy, and of many emotions on those two chairs but, after all, he learned tones from these conversations. 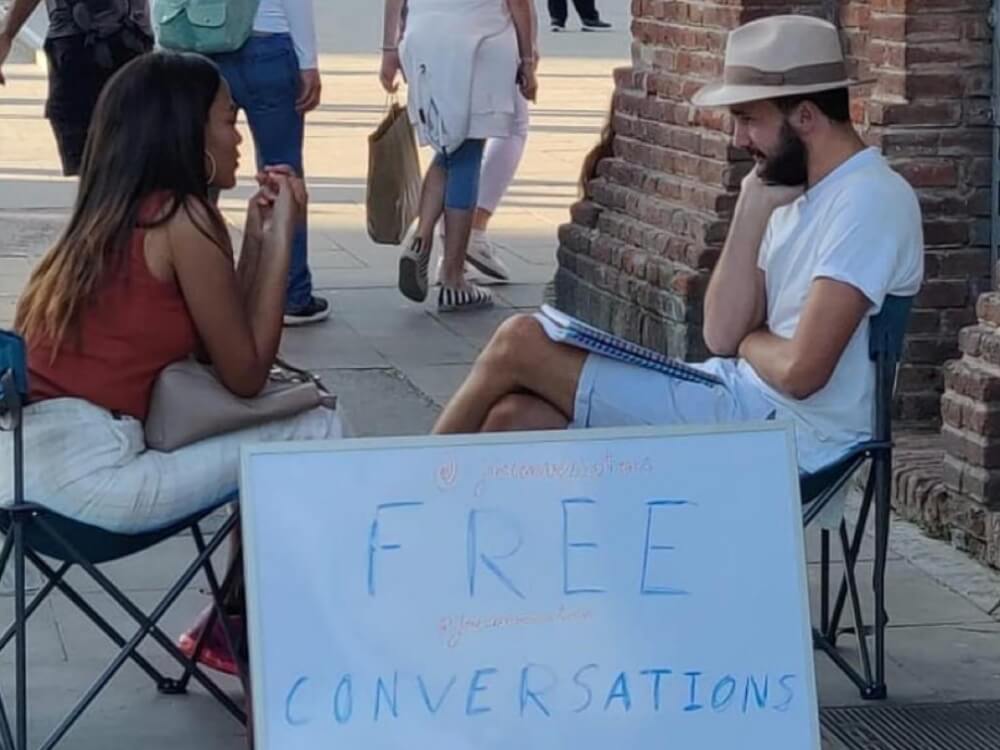 The most beautiful thing has been the displays of affection from the people.

Since it began, he has not stopped receiving messages of support.

It was thanks to this support that Adrià has decided to seek international support with the mission that in all cities there are spaces where people can express themselves calmly and with the freedom of knowing that they will not be judged.

We use our own and third-party cookies to improve your experience and our services by analyzing browsing on our website. If you click ACCEPT, you are giving your consent for the acceptance of our , click the link for more information.Leer másACEPTAR
Política de cookies